It seemed like a good idea to do a four-wheel drive (4WD) trip around Australia on a rainy New Year's Day. I blame an abundance of local TV to make up for the miserable weather. After a few days of contemplation and weighing up weather and work constraints, April seemed like a good time to start the trip.

The only problem was, April was less than four months away and I did not have a 4WD! Additionally, I wanted to do three of the “big” Australian 4WD adventures - crossing the 1,100 parallel sand dunes in the Simpson Desert, following the rain forest up Cape York to the northern-most point in Australia, and tackling the most remote 4WD track in the world on the Canning Stock Route. Research led me to believe that the minimum time to arrange each of these big trips is considered to be one year (and two years for the Canning), but I didn’t have four years to plan. It was four months or bust, and I invited my parents to fly in and join the expedition for the first couple of weeks.

Equipping a 4WD for remote, self-sufficient travel is no mean feat. Water, food and fuel are the main challenges - the Simpson Desert route was ten days between fuel and water stops, and the Canning is this track is 1,850 kilometres of remoteness with a fuel “pump” in the middle, and surrounded by some of the worst corrugations you can image. Running out of fuel or water on either of those trips has life-threatening consequences.

The next four months was a whirlwind of project managing the sh*t out of buying a 4WD, equipping it to cross deserts and rain forests and make it home, learning some advanced driving skills, wrangling two large client projects, managing parental exceptions, and dealing with the worst floods in forty years.

Tight timeframes meant not achieving everything on the wish-list, and the scope of the 4WD fit-out was reduced to meet the available timeframe. The list of actions was more than six A4 pages of 10-point font, printed and glued to a cardboard sheet. Hard-copy motivation and scope management at it’s finest!

The trip length grew from three to six months while in the planning phase, and after numerous and major planning changes on-route (including shaking the entire trip up on the day we left due to flood closures), we arrived home one day short of six months! There is a lot to be said for writing goals down…

Four months after the idea first formed, I spent the first of 180 days sleeping in a tent, and my 21,000 km journey across each of Australia’s 10 deserts was just beginning.

This trip was truly spectacular and a once-in-a-lifetime event, with too many stories to tell here.

One slightly unusual story involved another travel group and a dingo - after leaving Uluru in the centre of Australia, we headed out on a remote desert track and ended up coming across a group of three vehicles travelling together. The first night away from Uluru, we could hear another group camped in the distance imitating dingo howls. The girlfriend decided that it would be fun to howl back. The next dingo call was closer, and sounded real. Nope said the girlfriend, it was just my imagination. So she howled again and went into the tent. As I put the fire out, a dingo appeared out of nowhere looking for his howling friend! A moment of eye contact and a threatening move on my part scared the dingo away, but the tent didn’t seem so secure after that. 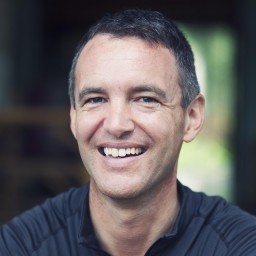